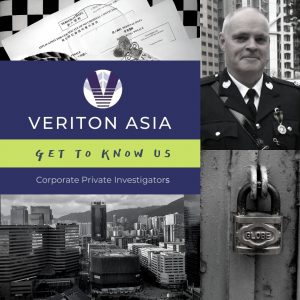 In 2014, Christopher Wilson and Jane McAulay set up the Veriton Asia Group. They started with a group of seasoned private investigators.  Not surprisingly, most were former police detectives and Chris’s colleagues from his days in the Hong Kong Police.

Jane, however, recruited and trained the Hong Kong researchers. Fortunately, the first two still work for the Veriton team and are a vital part of the company’s development and structure.

Neither partner anticipated that the business would develop in quite the way it did with such a diverse range of clients and projects.

Their first two jobs came, not as they had anticipated from corporations, but other private investigation agencies.  As with many of the early team, both agencies remain Veriton clients.

In fact, given that much of Veriton’s work is multi-jurisdictional, developing and being part of a professional body of investigators is key to its success. 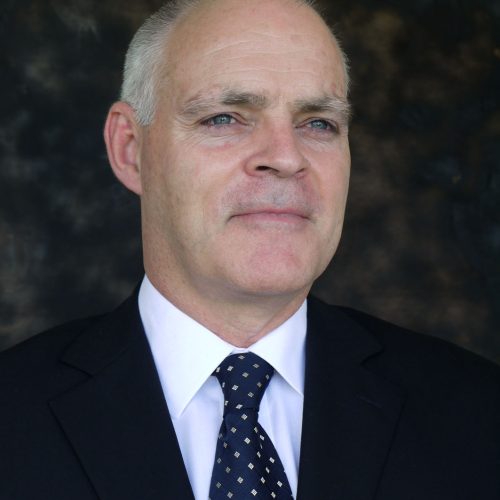 Both of Chris’s parents were police officers so it is not surprising that he joined the ranks at 19.  He is a former ex-officio Commissioner of Oaths in Hong Kong.

Chris worked in the Hong Kong Police for more than 35 years.  He recognised the value of his broad investigative experience.

Highlights of his career included project managing the police side of Hong Kong’s new international airport at Chek Lap Kok in the 1990s and leading the Counter-Terrorism and Internal Security Division immediately after 9/11 in 2001.  He also spent some time in the Internal Investigations Office.

Chris worked in the Force’s Criminal Intelligence Bureau (CIB) from the mid-1980s, serving almost six years in CIB.  During his time in CIB, he headed teams dealing with everything from armed robberies, kidnappings to triad-related crime and, needless to say, this was very much one of his favourite roles.  Again, it was an ideal background for corporate investigations.

Shortly before his retirement in 2012, Chris was awarded the Hong Kong Police Meritorious Service Medal (PMSM).

Chris firmly believes that his time spent as a criminal intelligence analyst, which was not then so heavily computer-driven, enhanced his abilities to research and problem-solve.  Undoubtedly, this a skill that is fundamental to the success of the Veriton Group today.  Even now, he is still the quickest in the office at pulling together link analysis charts!

As a co-founder of the Veriton Asia Group, Chris enjoys working with worldwide lawyers and maintains that greater international co-operation will help fight corruption.

With his extensive police and corporate background, Chris was readily accepted by leading organizations covering the private investigative industry.

In addition, he is a life member of the International Police Association (IPA). 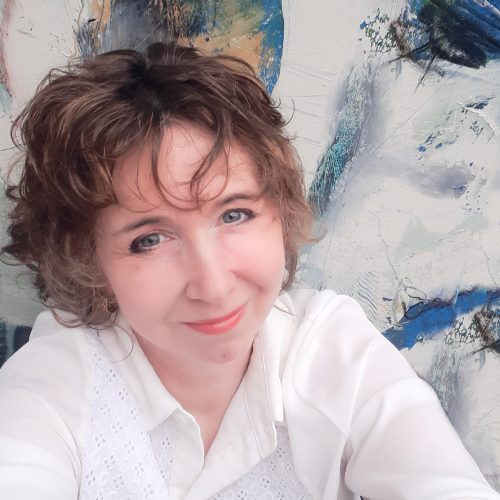 When Jane finds free time away from the business, her passion is working in visual arts.

The Devil is in the Detail

Having worked in marketing, education, IT and corporate communications, Jane has brought a varied and valuable skill set to her role heading research for corporate investigations.  No matter where she has worked and studied, research and writing have been fundamental to her success.

As an avid reader of crime, Jane never anticipated that she would one day be heading a private investigations company.  Within the Veriton Group she has three key roles:  project managing and mentoring the research team, developing processes and procedures and constantly revising and enhancing report formats and in-house analysis databases.

In a world where most people suffer from information overload, Jane firmly believes that top quality investigative services need to be backed by well-structured and considered reports.

From large due diligence projects to process serves, she continues to develop clear and concise formats that present investigative findings clients can easily use and understand.